As we walked into the Magic Kingdom on Sunday, Ben was approached by a cast member who asked him if he wanted to be a sorcerer for the Magic Kingdom.  Of course he did, and so our adventure began!

If you are not familiar with what the Sorcerers of the Magic Kingdom is, it is an interactive game played at Walt Disney World, using maps and special trading cards that cast spells and open portals, which are located throughout Adventureland, Liberty Square and Frontierland, Main Street USA, and Fantasyland.  It currently is in a soft testing phase right now, only available on Sunday, Tuesday and Thursday; however Disney announced today that it will officially open sometime in late February.

We walked into the Fire House to sign up, and were asked for our room key.  We received a map, 5 spell cards, and 1 key card and were instructed to wait for a training mystic portal to open, that allows you to meet Merlin the Magician who instructs you on how to play the game.

The key card opens the portal by holding it up to it, and you then need to make sure you are standing on the Sorcerer’s symbol on the ground, to play the game effectively. 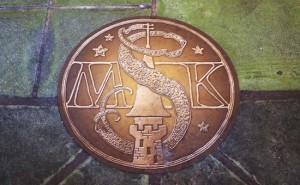 You cast your magic spells by holding up your card to the portal.  You may use more than one spell card at a time for now, but it  is uncertain whether that will continue once the game is in full operation.   There are currently 70 spell cards available, with more rumored to come once the game has officially launched.  If you plan to play regularly, you may want to consider taking a picture of your cards with your phone (thus eliminating the need to bring them with you) or enclosing them in plastic.  After you defeat the villain, you may stop playing, or follow the directions to continue playing.

What did we think?  We all enjoyed playing the game, though as residents we had the luxury of being able to walk from portal location to portal location at a leisure, and wait in line for our turn.  If you will be visiting Walt Disney World on vacation,  you will need to consider setting aside approximately 25-40 minutes per game quest you plan on playing.  We discovered it’s not as much fun to play on Main Street USA, as we were simply just going back and forth to portals; there’s no attractions to break up the walking.  We observed just as many adults playing as families, and we only encountered one portal that didn’t read a spell card.  Our opinion is that this game will provide a huge merchandising boon to Disney, as people will want to buy cards and accessories in the stores to maximize their playing potential.

If you have a chance to play, comment here and let us know what you think! 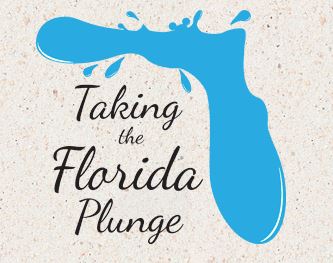